“D, D, D… D, A, A,” calls Christie-Jo Adams into the room of young string musicians who average around 10 years old at the Sinfonietta, or the first level of the Symphony Orchestra’s program young people from Richmond.

Adams, who has performed with adult symphonies in Richmond and Petersburg and is a specialist in teaching fine arts in Richmond public schools, reminds children of chords as they quickly run through songs such as ” Burst” and “Night Shift” inside First Baptist Church on Monument Avenue.

They are busy preparing for an upcoming free youth concert on Saturday, May 7, to be held at the Carpenter Theater at the Dominion Energy Center. The concert will feature the four youth orchestra ensembles of the Richmond Symphony.

Earlier in the day, the senior high school students of the Richmond Youth Symphony Orchestra practice at Rhythm Hall at the Dominion Energy Center at 612 E. Grace Street. Conductor Daniel Myssyk, who teaches at Virginia Commonwealth University, has students work at their own pace.

During a break, violinist Virginia Broughton smiles and says she is happy to be able to play with her younger sister, Vivien, who is part of the Youth Concert Orchestra, a step down in the pecking order. She is also a violinist and they will perform the theme for “Rodeo” at the next concert on May 7.

“I really like the community here,” says Virginia, who is in grade 11 at the Center for Leadership, Government and the Global Economy at Douglas S. Freeman High School in Henrico County.

Nearly 150 students from across the region participate in the music program, which is run by the Richmond Symphony Orchestra, and all conductors and teachers are associated with it.

Since 1962, the Richmond Symphony Orchestra has offered a solid but little-noticed program that introduces young people to classical music. The aim is to introduce them to classical music, the discipline it entails, as well as to encourage camaraderie and a love of the art. Many may not be pursuing a music career, but they take lessons learned with them.

“Artistically, I make it my mission to spark my students’ imaginations and get them to perform at a level they never thought possible,” says Myssyk, who is Canadian-American and assistant conductor of the Richmond Symphony. . An annual highlight is when the large orchestra plays with the children. 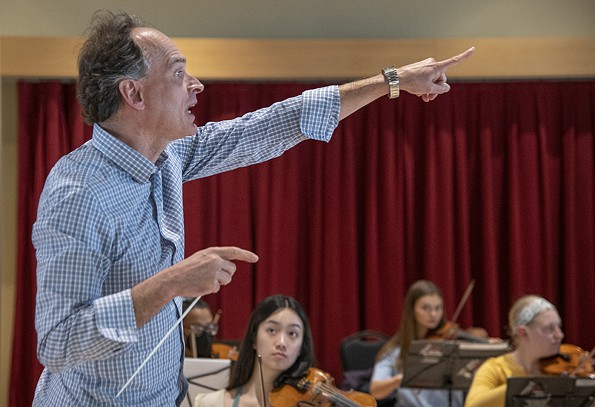 Among the rules, children must participate in their school’s music programs. Most also take private lessons as they progress through the levels of Sinfonietta, Cmaerata, Youth Concert Orchestra and Richmond Symphony Youth Orchestra.

One of the first tier Sinfonietta players is Chad Maclin who plays the cello. “He’s been playing it since fourth year at Fairfax. He likes it a lot, ”says Teresa Maclin, his mother. She is a teacher and musician and the family moved to North Chesterfield several years ago. “He trains every day,” she says.

Another player who practices regularly is Johanna Kim, who started as a cellist in her first year. The 12-year-old fifth-grader from Moody Middle School switched to Camerata.

“She asked to play the cello. ‘She said, ‘Can I try?’ “recalls his mother Kim. She is interested in popular music but is very fond of classical. Among his favorite artists is the famous cellist Yo Yo Ma, said his mother.

Ben Eubanks, a clarinetist, has worked there for five years, since college. He first wanted to play the bagpipes but somehow switched to the clarinet. When asked if he liked jazz, he said yes, but he focused on classical. One reason is that playing the two types of music requires different muscle use. If he does, he “can’t relax them,” he says. Right now he is focusing on the May 7 concert.

“I think it’s a really good program,” he says. Her parents, Peter and Lindsay Eubanks agree. “But it does require a lot of driving,” says Lindsay.

Others have talked about it. Tamara Broughton, mother of Vivien and Virginia, says she not only has to drive her daughters to two different rehearsal locations, but she also takes them to field hockey and lacrosse. “We make it work,” she says.

Vivien was a regular at Sinfonietta and now plays violin in the Youth Concert Orchestra with Virginia in the older group. They will perform together on stage on May 7. Vivien, a student at St. Michael’s Episcopal School, is trying this spring to become the highest level orchestra. 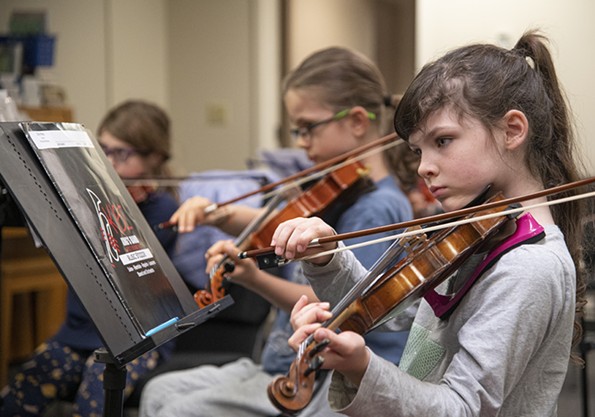 Curiously, few of these young musicians want to pursue a career in classical music, with the exception of Ben Eubanks, who spent a month training at Carnegie Hall in New York last year.

Yet the constant discipline required of program participants is good preparation for continuing education and life skills. As conductor Myssyk says, “The work is hard work, but the result is something else!” And as we get closer to a performance, you can feel the excitement building in the sound of the orchestra and the shared desire to explore new artistic horizons.

The Youth Orchestra Concert, which features all four youth orchestra ensembles, will be held Saturday, May 7 at 4 p.m. at the Carpenter Theater at the Dominion Energy Center. Admission is free and open to the public; no ticket required.