“Fear of speaking up means that important ideas may not be heard, important discoveries may not be made, and the boundaries of knowledge may not be pushed,” says David Primo, professor of political science and business administration at the University of Rochester (Photo Getty Images)

A Rochester political scientist explains why the “clash of ideas” resulting from free speech is necessary to the functioning of a university.

Among those interviewed were 250 students from the University of Rochester. Twenty-seven percent of the Rochester cohort said they were “quite often” or “very often” hesitant to express an opinion for fear of the reaction of their professors or classmates. The situation is not unique to Rochester; it exists on many US college campuses and is trending nationally, according to the survey.

David Primo, Professor Ani and Mark Gabrellian and Professor of Political Science and Business Administration at the University of Rochester, has made promoting freedom of speech and expression an educational priority – bringing guests from all political horizons in his classes and teaching an undergraduate course on the theme, Disagreement in a Democratic Society. Primo also leads the Politics and Markets Project, an initiative he created in 2014 to encourage robust yet civil discussion of controversial political issues.

At a recent campus event, Primo urged universities to stay true to their historic role as places of discussion and dissent. The “clash of ideas is the foundation of a collegial education. Without it, you cannot have a well-functioning university,” he said. “Ideas that shape the world often emerge from college campuses.”

Fortunately, in the United States, freedom of speech is legally enshrined in the First Amendment of the US Constitution, and many private universities (which are not bound by the First Amendment in the same way as public universities) have explicitly committed to supporting free speech and free survey on their campuses. “In other words, students have the right to speak freely, debate speeches, and protest speeches they disagree with,” Primo explained. “Of course, some universities do better than others in living up to these ideals.”

Even in universities that respect the principles of free expression, problems arise, according to Primo, when professors and students no longer want to express their own ideas or challenge each other. Primo argues that the fear of being professionally or socially ostracized is often on the minds of those with unorthodox or unpopular outlooks.

So what happens when students think they can’t speak freely – to faculty, administration, staff, or each other?

“Fear of speaking up means that important ideas may not be heard, important discoveries may not be made, and the boundaries of knowledge may not be pushed,” Primo said. “This type of self-censorship can also extend to faculty members and influence the type of research projects they pursue or feel they should pursue. The acceptable range of ideas narrows more than it should.

Read on for more highlights from Primo’s remarks. 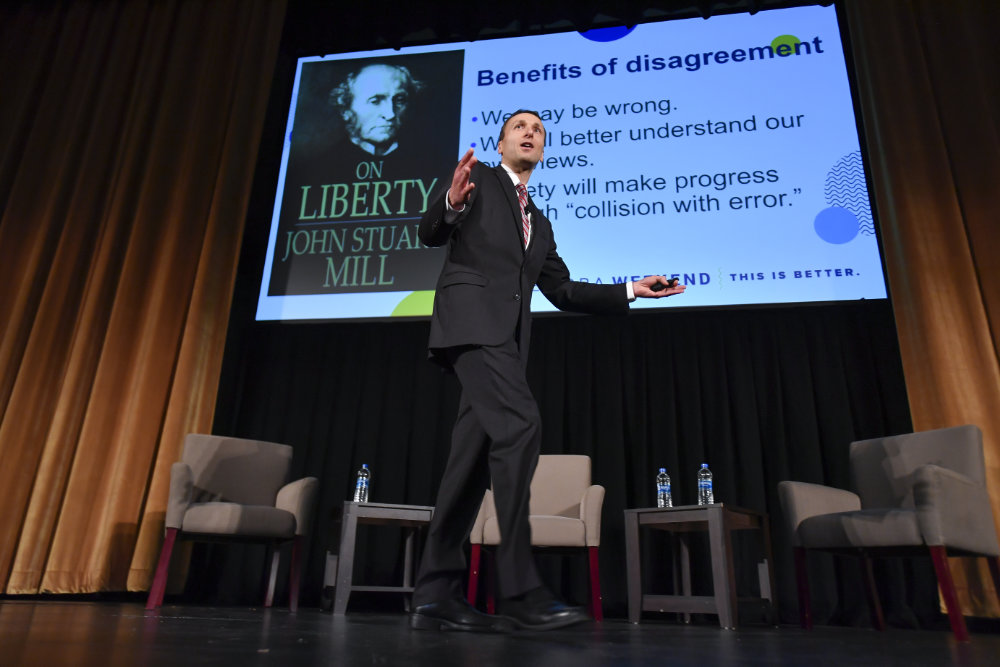 1. Consider John Stuart Mill on the Importance of “Heretics”

2. On “affective polarization”, or when politics became your identity

“When people’s political beliefs become their identity – team blue versus team red – that’s what we political scientists call ’emotional polarization’. In practical terms, this means that if I know you’re a Democrat, I generally know a lot more about you than I would have known 30 years ago. Same if I know you’re a Republican. As a result, we have seen an increase in this idea that we don’t like someone because they support the other party. In other words, it’s not just that we disagree with the people opposite; it’s that we actively hate them as people because of their ideology or party affiliation.

“Today’s college students practice affective polarization. In an NBC News poll a few months ago, nearly half of all college students said they wouldn’t stay with someone from a different political party. We should determine exactly why this is the case and how we can fix it.

3. Respond to misinformation on social media

“When I think about restrictions on speech, I wonder if I would want these restrictions to exist when someone I fundamentally disagree with is in a position of power. Because then they’re the ones who are going to control whether I can speak or not.

4. Avoid the “noise” of MSNBC and Fox News

“Students should cut out the noise and shouting on channels like MSNBC and Fox News and focus instead on rigorous, civil and civil debate. They should be shown why it is important to care that we, as a society, are currently not effectively disagreeing.

“In class, we have vigorous and useful discussions, which signals to me that there is a lot of support for the idea of ​​open disagreement on college campuses. That’s why I worry about the 27% of students who think they can’t express themselves. But I’m also encouraged by the fact that we still have a huge number of students who are deeply engaged, who are ready to explore ideas. So if we can help support them within the University, that will help because those are the students who will come out into society; they are the ones who will be making the decisions and running the show in a few years. That is why it is extremely important that they learn these skills here.

5. Encourage freedom of expression among students and support each other

“Students need to support each other as they explore ideas. On the first day of my seminary classes, I work with students to set class standards and talk about the terms of debate in our class. One of the things we agreed on this semester was that you can discuss outside of class what was said in class, but not attribute specific ideas to specific people. I want students to be free to explore ideas without worrying that in two hours what they just said in class will show up somewhere on social media. We want to have a really safe space for the discussion of ideas without that fear. Of course, I cannot control whether the students live up to these ideals. But I think the fact that students supported this ground rule shows that you can create this foundation to establish agreement on disagreement on college campuses.

“When heretics can speak, I take comfort that we are protecting the right of all of us to speak freely.” 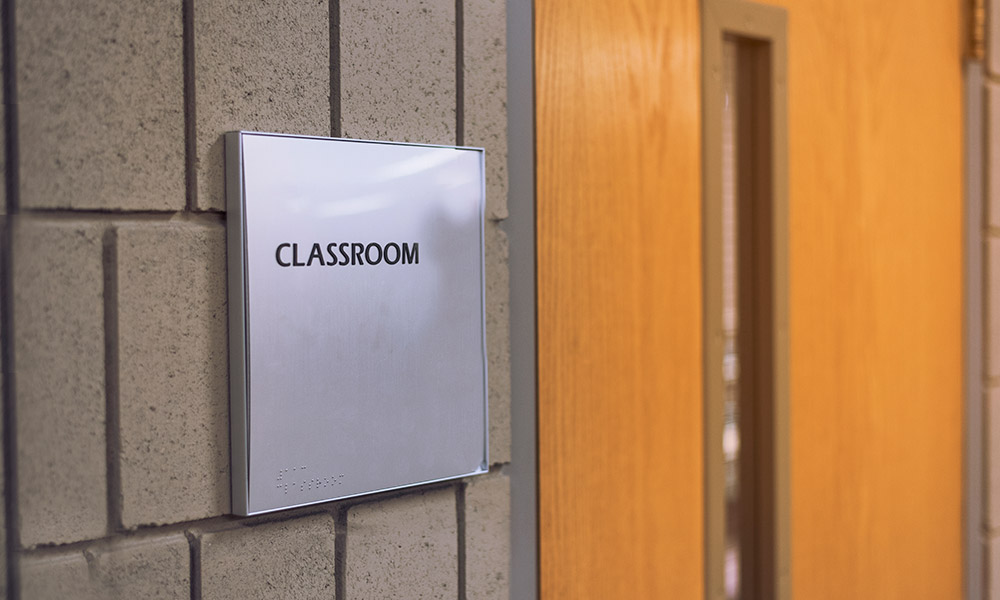 Freedom of expression and triggering of warnings

On college campuses, where safe spaces and free inquiry often coexist, do trigger warnings protect students or hinder free speech? This episode of the University Quadcast podcast takes on the growing debate. 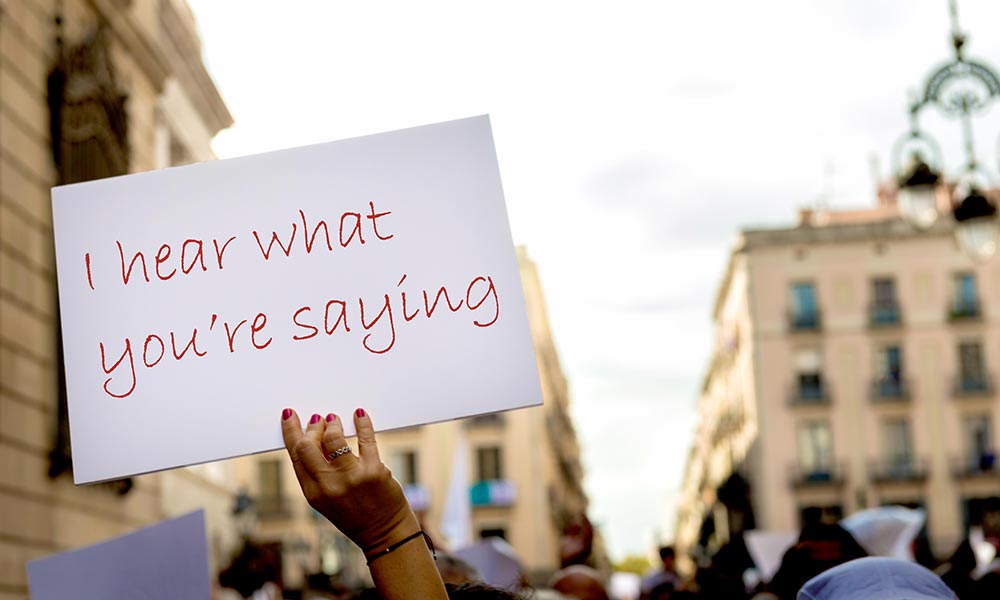 Three Rochester professors discuss the nature of America’s political and social divide and offer ideas for how higher education could help bridge the widening divide.