Aliene was born in Cressona on August 6, 1925, daughter of the late Joseph & Lilly (Dornsife) Brown.

Ailene is also predeceased by two brothers, William and Donald Brown. She was the last surviving member of her immediate family.

She graduated from Cressona high school, class of 1943.

She retired in 1989 after 25 years of service at the Pennsylvania National Bank, Cressona as chief cashier. Ailene was previously employed by Agway, Cressona, and had been a tax collector for the district of Cressona for several years.

A Celebratory Life Funeral Service will be held at 11:00 am on Saturday September 18 at the Ebling-Stabingas Funeral Home in Cressona, with Reverend Krista Roehrig as celebrant. A visitation for family and friends will take place at 10 a.m. until the time of the funeral home service. Interment will follow at Cressona cemetery, Cressona. 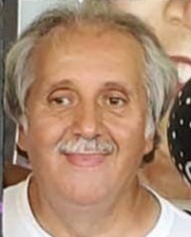 Born in Pottsville, Pennsylvania on March 2, 1958, he was the son of the late Henry C. and Martha V. (Troup) Wilson.

Poopsy was a graduate of Pottsville High School, Class of 1977. He worked for Phillips Van Heusen in Pottsville until his retirement. Poopsy was a lifelong avid pool player, a huge fan of the Dallas Cowboys and Philadelphia 76ers, and the family prankster and storyteller.

A church service will be held at the Robert A. Evans Jr. Funeral Home in Port Carbon at 11 a.m. on Thursday, September 16, with James Fryer as celebrant.

Interment will be in the Schuylkill Memorial Park Cemetery in Schuylkill Haven.

Please send your condolences to www.robertaevansjrfh.com 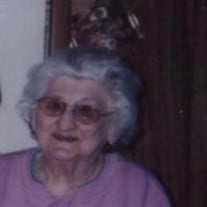 Helene hayes, 99 years 11 months and 28 days ago from Tamaqua, died Monday, September 13, 2021, while a guest at the St. Luke’s Miners Memorial in Coaldale, Pennsylvania.

Helen was previously employed by the former Coaldale State Hospital in the laundry. She was a member of the Byzantine Catholic Church of St. John the Baptist, Lansford, Pa., And a member of the Tamaqua Senior Citizens. Helen enjoyed trips to the casino and vacations with her family.

The survivors are the son, Leonard Hayes and his wife Donna of Bloomsburg; daughter, Marlene Bickleman and her husband, Joe de Tamaqua; six grandchildren, four great-grandchildren, several nieces and nephews also survive him.

Online condolences or a fond memory of Helen can be expressed by visiting www.griffithsfuneralhomes.com 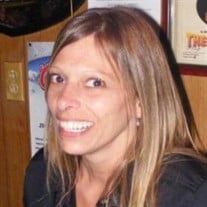 Tracey J. (Barron) Horan, beloved mother, sister, aunt of the village of St. Peter’s Church Road in Mantzville, Tamaqua, passed away on Monday, September 13, 2021 at the St. Luke’s Miners Memorial in Coaldale, Pa., at the age of 52.

A 1986 graduate from Tamaqua Area High School, Tracey worked for many years at Trans Western Polymers in Hometown. Devoted to her family, Tracey enjoyed listening to music, doing word puzzles and watching movies.

Online condolences can be sent to the family at www.griffithsfuneralhomes.com 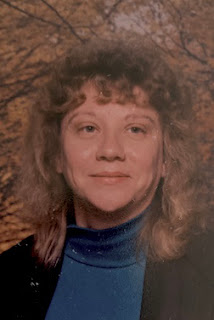 Born in Shenandoah on December 10, 1952, she was the daughter of the late Albert and Helen Bauser and was a beloved daughter, sister, wife and mother.

Graduating from Shenandoah Valley High School in 1970 and graduating from Pennsylvania State University in 1974, Eleanor received her education degree and was a second year teacher at Father Walter J. Ciszek School in Shenandoah until ‘upon retirement.

The simplest pleasures delighted Eleanor. She enjoyed going out to eat with her husband and having a “happy vacation” with her daughter. When she retired, she also enjoyed playing the violin.

In addition to her parents, Eleanor is predeceased by her brothers, James and Joseph Bauser.

Eleanor is survived by her devoted husband of 35 years, Michael, and her beloved daughter, Julie Yagielniskie, with her husband, Scott. She is also survived by three sisters, Eve Bauser, Helen Thomas and Jane Paul, her sister-in-law, Shirley Bauser, and her extended family.

As per his wishes, private services were held for his immediate family, and in memory of Eleanor, you are asked to perform an act of kindness for someone.

Stauffer-Breznik Funeral Home assisted Eleanor’s family during their time of need. You can leave your condolences online at www.ringtownfuneral.com 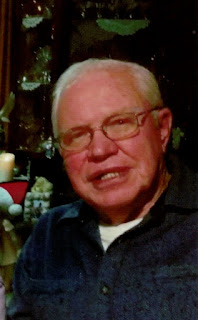 Born in Audenried, he was the son of the late Theodore J. and Kathryn (Roberts) Cancierius.

Perky was a member of the Welsh Congregational Church, Hazle Village, where he was past chairman of the board.

He graduated from West Hazleton High School in 1949 and was a Korean War veteran, serving in the United States Army.

Prior to retiring, Perky worked as a supervisor at PP&L for 41 years.

He was a 32nd degree Mason of Hazle Azalea Fellowship Masonic Lodge # 327 in Hazleton.

His wife Marcella (Kudrick) Cancierius was predeceased by him; sisters Anna Sannie and Freida Richards; and Brother Théodore Cancierius.

Her funeral will be at 11 a.m. on Friday at the Jacobs United Christ Church, 138 Franklin St., Weissport. Interment will follow at Sky-View Memorial Park, hometown.

A masonic service will be held Thursday at 7 p.m. at the funeral home.

Condolences can be entered and information is available at www.damianofhinc.com.