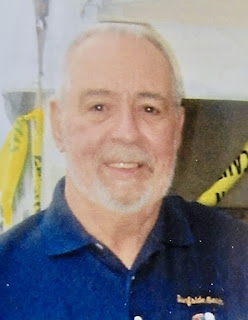 Nicholas W. LaScala86, of Schuylkill Haven, died Wednesday July 20 at his home.
Born in Schuylkill Haven on April 23, 1936, he was the son of the late Dominick A. and Ruth May (Eiler) LaScala. 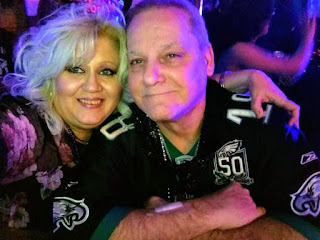 Born in Pottsville on November 2, 1960, he was the son of the late Robert and Elizabeth (Russel) Cook.

James was a sports enthusiast, his favorite teams were Phila. Sixers, Phila. Eagles, Phila. Phillies and Phila. Leaflets. He enjoyed spending time fishing and going to the casino. He was employed by Precision Air, Pottsville, and was a member of the Pottsville Salvation Army Corps.

In addition to his parents, James was predeceased by a daughter, Keri Cook.

Funeral services will be held at Schlitzer-Allen Pugh Funeral Home 515 W. Market St. Pottsville on Tuesday, July 26, 2022 at 11:00 a.m., with Lt. Betty Varrett officiating. A visitation will be held that morning, before services, from 10:00 a.m. to 11:00 a.m. Interment will follow at Schuylkill Memorial Park, Schuylkill Haven. 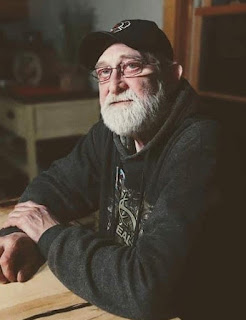 Born December 12, 1954 in Pottsville, he was the son of the late Harry J. Sr. and the late Marion Barr Ilgenfritz.

Harry was a 1972 graduate of Pine Grove High School and a member of St. Peter’s Lutheran Church, Pine Grove.

He was a machinist and maintenance man at Guilford Mills, Pine Grove for 50 years before retiring in December 2020.

Harry was a member of various social clubs, including Pine Grove VFW Post 3432 and Pine Grove Fish and Game. He enjoyed playing pool and was in various pool leagues in Pine Grove. He was also an avid Dallas Cowboys fan. Harry was a very kind, caring and loving man.

He was predeceased by his sister Heidi Seidel and his beloved Pitbull Ox.

In lieu of flowers, the family would prefer contributions be made to either the Ruth Steinert Memorial SPCA, 18 Wertz Dr., Pine Grove, Pa. 17963 or the American Cancer Society, 3893 Adler Place Suite 170, Bethlehem, Pa. 18017 in his memoir.

Born on Saturday October 4, 1980 in Reading, Pennsylvania, he was the son of Barry Hix; and Wendy (Kline) Butrie, wife of Joseph Butrie.

Adam loved his children, family, friends and sports. He had a big heart and would do for everyone before himself. Adam liked to draw.

There will be no services, per Ed’s wishes.

Donations are preferred to the donor’s favorite animal rescue or veterans organization. 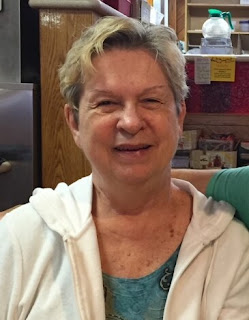 Carol A. Zuppert73, of Pottsville, died early Wednesday morning at the Orwigsburg Nursing and Rehabilitation Center of Myelodysplastic Syndrome (MDS).

Born in Pottsville, she was the daughter of the late John and Magdalene Harnadek Namiotkiewicz.

Carol was a graduate of Minersville Area High School and the McCann School of Business. She was retired from Schuylkill IU 29, MarLin, where she worked as a secretary. Previously, she worked for UPS and Argo Knitting Mills. She was a member of St. John the Baptist Church in Pottsville.

Besides her parents, she was predeceased by her husband Bob Zuppert in 2009.

While in retirement, Carol enjoyed spending time with her family, especially her grandchildren, and watching Hallmark movies. She will be sorely missed on our family holiday dinners and beach vacations.

In lieu of flowers, the family would prefer Carol’s memories to be in the form of contributions to the American Cancer Society, 712 South Keyser St., Taylor, Pennsylvania 18517. Contributions will also be accepted at the funeral home.

Teddy L. Eckhart, 74, died Tuesday, July 12, 2022 at Lehigh Valley Hospital with his family by his side. Born on the family farm in Nis Hollow, Teddy was the 4th of 7 children born to the late Allen and Agnes (Ziegler) Eckhart.

In addition to his parents, he was predeceased by brothers Richard, Thomas & Leon.

Teddy was a 1967 Lehighton High School graduate who excelled in track and field and wrestling. He attended Thaddeus Stevens Trade School and later worked as a carpenter/foreman for Ray B. Bracy Construction Co for 17 years, ending his career as superintendent for Alvin H. Butz, Inc. retiring after 22 years in 2009. A life member of Nis Hollow Hunting Club, Teddy was instrumental in the building and formation of the club. He was also a member of the East Penn Sporting Club, Bowmanstown Rod and Gun Club, Orioles Nest, and Free and Accepted Masons, Lehighton Lodge #621. Teddy was an avid gardener, passionate about making wine from his blueberries, strawberries and rhubarb grown on site. Horseradish, sauerkraut and scrap metal were also among his specialties. He loved hunting, fishing, gardening, hanging out with his friends at the club or by the pool, playing slot machines and enjoying an ice-cold Coors Light! He wrote his own rules and charted his own course.

Teddy is survived by his sisters Mary Arnold of Perkasie and Lena Carey of Florida, and a brother Timothy of Mahoning Valley. Services will be for the convenience of close friends and family with the Reverend Anthony P. Pagotto as officiant. In lieu of flowers, donations may be made to the charity of one’s choice. Arrangements are being made by Hartman Funeral Home, 1791 West Penn Pike, Rte. 309, New Ringgold.

These obituaries are provided by Anthony Urban Law Offices. computer 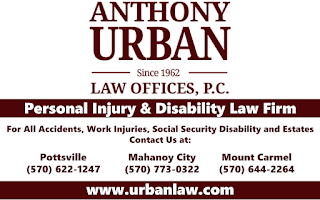